Photos for Disney, Indiana Episode 187 – A Short (too short) Visit with Our Friends 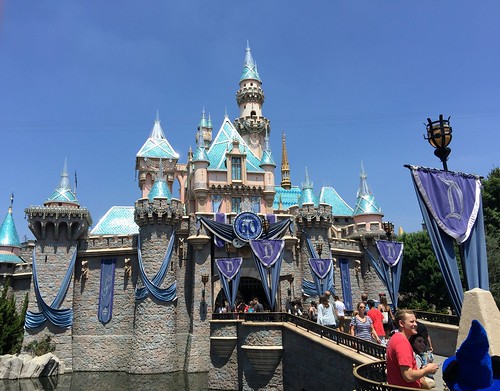 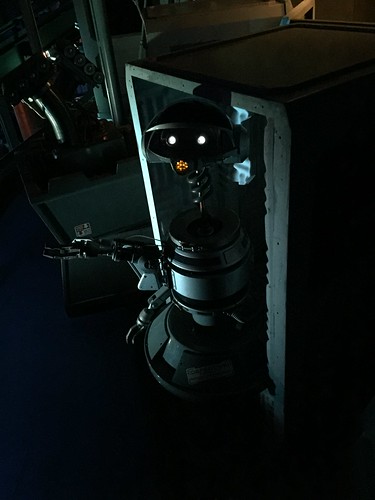 RX-24 in the Star Tour Queue
Welcome aboard! This is Captain Rex from the cockpit. I know this is probably your first flight, and it's… mine too! RX-24, nicknamed Rex, was an RX-Series pilot droid manufactured by Reubens Robotic Systems. He was the pilot of the original Star Tours attraction at Disneyland. He now can be found in the queue for Star Tours: The Adventures Continue in Disneyland. 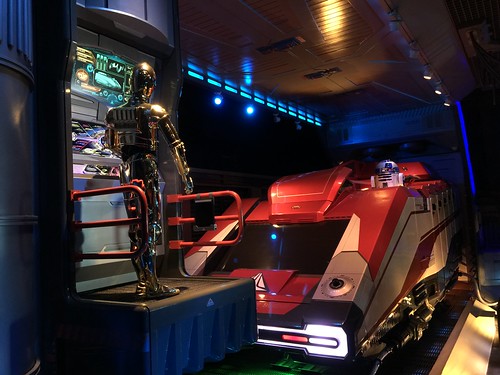 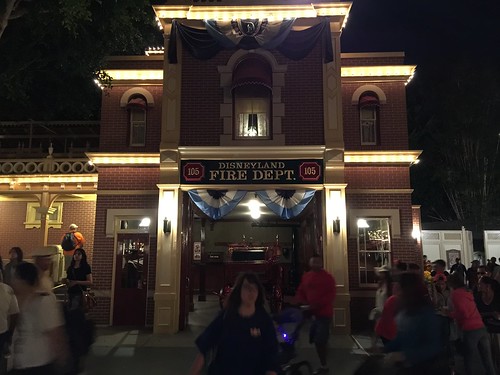 Disneyland Fire Department
The Disneyland Fire Department on Main Street U.S.A. in Disneyland. The lamp glowing in the second story window is actually located inside Walt Disney’s private Disneyland apartment. As the park was being built, Walt wanted to have somewhere he and his family could stay at the park. On the day Disneyland opened, Walt stood in this apartment and watched his dreams come true as guests began to take their first stroll down Main Street. The lamp has been kept on at all times since then so that both guests and cast members will know that Walt Disney is still present at his original park.

It's called a 'Salute to All Nations, but Mostly America.Same the Eagle , Muppet*Vision 3D