In this episode, our co-hosts, Scott and Tracey get into something fishy, namely their coverage of the latest Disney/Pixar theatrical release, Finding Dory. They discuss the development and production of the film, take a look at the marketing and premiere, the critical and popular reception and then share their own thoughts.

Scott and Tracey continue discussing all things Dory with their review of the Finding Dory playset and Dory and Nemo figures from the Disney Infinity 3.0 video game franchise. Townsperson and fellow podcast host Jeremy leaves a voicemail to explain some of the goings on while they were out, and they call over to the Main Street Cinema to see what Mortis is up to. Our co-hosts wrap up the show with a look at a couple of upcoming events they are attending in the near future.

* SlashFilm (6/1/16): What A Co-Director Does On A Pixar Movie? ‘Finding Dory’ Director Andrew Stanton Explains

* Oh My Disney (6/24/16): Finding Dory’s Ellen DeGeneres on Worries About Forgetting How to Speak Whale and Championing The Film

The Art of Finding Dory 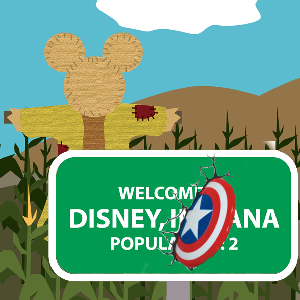 There is unrest in Disney, Indiana. The Podcast Registration Act, also known as the RSS Feed Accords, has made its way out of committee and is heading for a full vote in front of the town council. This legislation states that all podcasts should be fully registered online and easily accessible. This has driven a wedge between our hosts – are you on #TeamTracey and support the act or are you on #TeamScott and think podcasts should be free in the wild? Make your voice known as you listen to see if this divisiveness causes a riff, a skirmish or all out civil war between our hosts as they bring you their coverage of the latest entry in the Marvel Cinematic Universe – Captain America: Civil War. They’ve also got reviews of a couple of mobile games this episode – Marvel Puzzle Quest and Disney Crossy Road. Can our hosts find common ground and get through the episode – or will a call over to the Main Street Cinema lead to tarmac tragedy?

After a close call with evil robots, our hosts dive into a film that was at or near their top of their 5 favorite Marvel films revealed in episode 200 – Captain America: The First Avenger (2011). They will look at the film’s production and release and share both the critics and their thoughts on the film. After the film, the Cap coverage will continue with a look at the latest playset released for the Disney Infinity video game, Marvel Battlegrounds. Tracey and Scott will let you know if it’s a prizefighter or just a big Palooka. All that, plus a call over to the Main Street Cinema and some listener feedback. 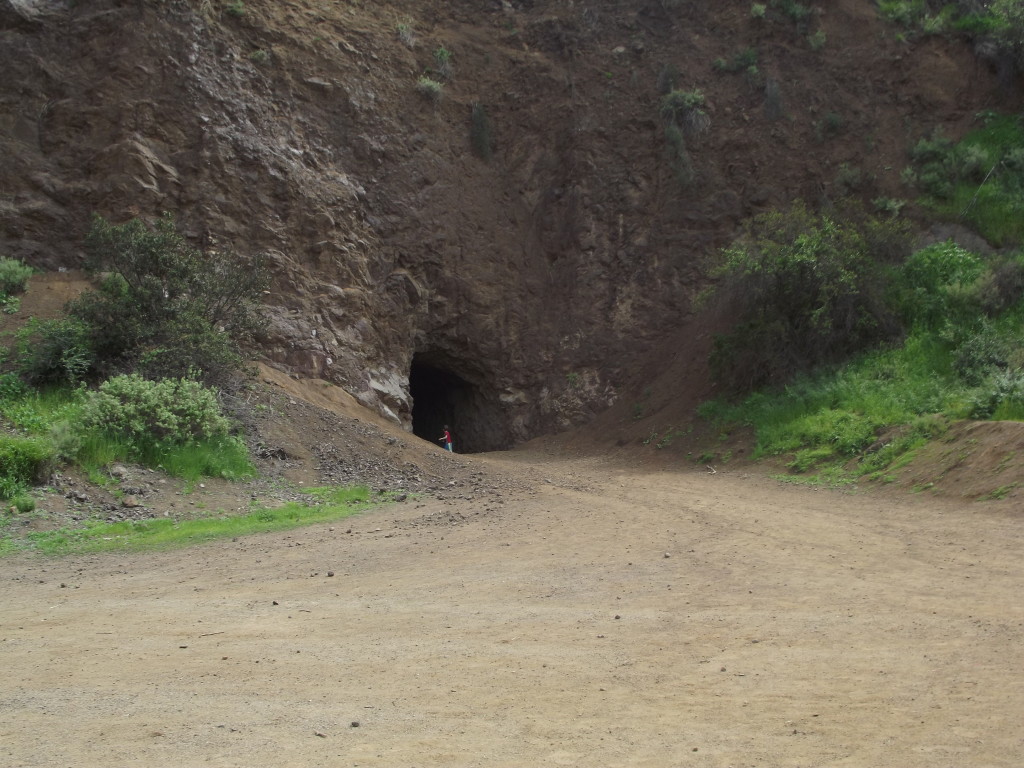 Many thanks to Ron Collins of 520 Cherry Tree Lane here in town for this picture. Here is Ron’s description: This is the Bronson Caves. It is also know as the Batcave. This is where the Batmobile drove out of on the T.V. show. Imagine lots more trees and bushes and a guard rail right in front of the cave.

It’s time for the annual – well, maybe the first (and likely last) – Disney, Indiana stockholder meeting. After the business section of the meeting is done (including voting down a shareholder motion), our hosts Tracey and Scott move on to the fun part of the episode. They review their trip to Chicago to attend the Disney Stockholder meeting and a D23 sneak preview of Disney’s newest film Zootopia. They’ll also look at the production of that film and share their thoughts after watching. Then they spend a little time with the stars of Zootopia within Disney Infinity as they review the new Judy Hopps and Nick Wilde figures. They’ll wrap up the show by checking on the Mortis at the Main Street Cinema, cover a bit of feedback and look ahead to the next episode.

Moviepilot (03/08/2016): Director Declares ‘Zootopia’ The Most Easter Egg-Packed Movie Ever Made By Disney, But How Many Did You Spot?

In today’s episode, our hosts, Tracey and Scott revisit the Disney Infinity 3.0 console game with their thoughts on The Force Awakens playset. They then welcome Disney Infinity Senior Story Artist Adrian Ropp back to the Ink and Paint club to talk about both this playset and the Rise of the Empire, as well as some general Disney Infinity talk. Scott does some Armchair Imagineering of the game, after playing another toys-to-life game. They wrap things up with a call over to the Main Street Cinema and an update for an upcoming Disney TV special. 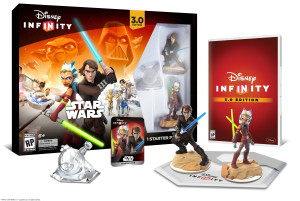 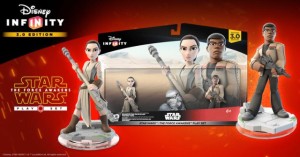 The flower that blooms in adversity is the most rare and beautiful of all.The Emperor , Mulan (1998)