Tracey and Scott have left Disney, Indiana to cruise on the Disney Wonder for their 20th anniversary. Not wanting to trust the show to Mortis, they’ve asked Jessica, the master control program who runs Disney, Indiana, to fill in for them for this episode.

Jessica shares with the listeners a recording Scott and Tracey made on their first trip aboard the Disney Wonder. A recording of Toy Story – The Musical they made in the summer of 2011 during their Alaskan cruise.

Toy Story – The Musical revisits the touching story of friendship between Buzz Lightyear, a state-of-the-art action figure, and Woody, a traditional cowboy toy, as they compete for the attention of Andy, their boy owner. The original film was not a musical, so seven new songs where written when this show debuted on the Disney Cruise line.

Your regularly scheduled hosts will return on the next episode. 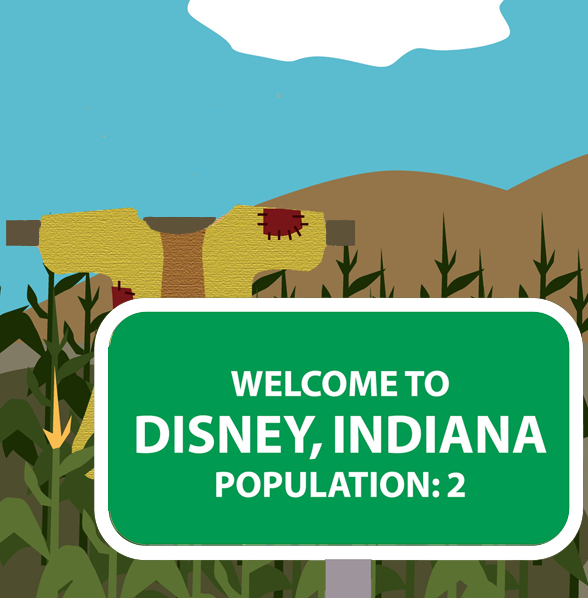 Tracey and Scott have left Disney, Indiana to attend the Friends of the Magic gathering at the Disneyland Resort. They have asked Jessica, the master control program that runs Disney, Indiana, to fill in for them for this episode.

Jessica shares with you a recording Scott and Tracey made at the Walt Disney World resort back in February of 2011, on a visit to Epcot. Jessica also makes a call over to the Main Street Cinema to check in on Mortis to make sure he’s not misbehaving while Tracey and Scott are out of town. Jessica then wraps up the episode with some listener feedback.

In today’s episode, Tracey and Scott have entrusted Disney, Indiana into the cyber hands of Jessica, the master control program that runs the town. They aren’t here to host the show themselves as they are currently on the Disney Wonder somewhere in Alaskan waters.

Jessica has cued up some Walt Disney World audio to share with everyone – all recorded by Tracey and Scott. First up, a recording from May 2009 of the British Invasion from the UK pavilion at Epcot. Then she has some Off Kilter from the same trip performing at the Canadian pavilion. The last bit of audio is a 2010 recording of the Tiki Room: Under New Management from the Magic Kingdom.

All that and a new contest to win another great prize from our sponsor Mouse Surplus!

In today’s episode our normal hosts are MIA as they are at WDW. That leaves Jessica, the master control program that runs Disney, Indiana, in charge of the show.

She shares some park audio from Epcot featuring the World Showcase Players’ performance of King Arthur and the Holy Grail.

After a stop in the U.K. Pavilion, Jessica shares some audio from a Walt Disney World planning video so the residents can feel like they are with Tracey and Scott, but there is something wrong with her planning videos. You see, after last episode’s time travelling, Jessica’s files are out of sync. She’s not sure which audio she is playing, but she’s turning it into a contest.

Your normal hosts Tracey and Scott are out of town this week, but Jessica the master computer here in Disney, Indiana is here to save the episode.

She tunes into Buzzy over at WWED to see what Disney Classics are on tap.  Then, she shares some audio Tracey and Scott recorded last May at Walt Disney World – A ride on the Carousel of Progress.